Group 1: Studies in Language and Literature Language A

Through the study of a wide range of literature, the Language A: Literature course encourages students to appreciate the artistry of literature and to develop an ability to reflect critically on their reading. Works are studied in their literary and cultural contexts, through close study of individual texts and passages, and by considering a range of critical approaches. In view of the international nature of the IB and its commitment to intercultural understanding, the Language A: Literature course does not limit the study of works to the products of one culture or the cultures covered by any one language. The study of works in translation is especially important in introducing students, through literature, to other cultural perspectives.

The response to the study of literature is through oral and written communication, thus enabling students to develop and refine their command of language. Language A: literature is a flexible course that allows teachers to choose works from prescribed lists of authors and to construct a course that suits the particular needs and interests of their students. It is divided into three parts, each with a particular focus.

SL students will study nine works, whereas HL will study thirteen works. This will include works written originally in the language studies, as well as works in translation.

The study of the texts produced in a language is central to an active engagement with language and culture and, by extension, to how we see and understand the world in which we live. A key aim of the language A: Language and Literature course is to encourage students to question the meaning generated by language and texts, which, it can be argued, is rarely straightforward and unambiguous. Helping students to focus closely on the language of the texts they study and to become aware of the role of each text’s wider context in shaping its meaning is central to the course.

The Language A: Language and Literature course aims to develop in students skills of textual analysis and the understanding that texts, both literary and non-literary, can be seen as autonomous yet simultaneously related to culturally determined reading practices. The course is designed to be flexible —teachers have the opportunity to construct it in a way that reflects the interests and concerns that are relevant to their students while developing in students a range of transferable skills.

An understanding of the ways in which formal elements are used to create meaning in a text is combined with an exploration of how that meaning is affected by reading practices that are culturally defined and by the circumstances of production and reception.

In view of the international nature of the IB and its commitment to intercultural understanding, the Language A: Language and Literature course does not limit the study of texts to the products of one culture or of the cultures covered by any one language. The study of literature in translation from other cultures is especially important to IB Diploma Programme students because it contributes to a global perspective, thereby promoting an insight into, and understanding of, the different ways in which cultures influence and shape the experiences of life common to all humanity.

So many life-changing opportunities will be created for pupils and staff
Mr Sean Davey - RGSI’s Managing Director
This is a flagship project and an example for others to follow
Mr. Nguyen Hoang Long - Vietnam’s Ambassador to the UK
Together we can create a new paradigm and stronger version of international education
Mr Shaun Fenton - Headmaster of RGS UK
Art Gallery / Tet Art Competition 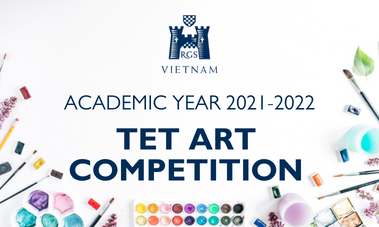