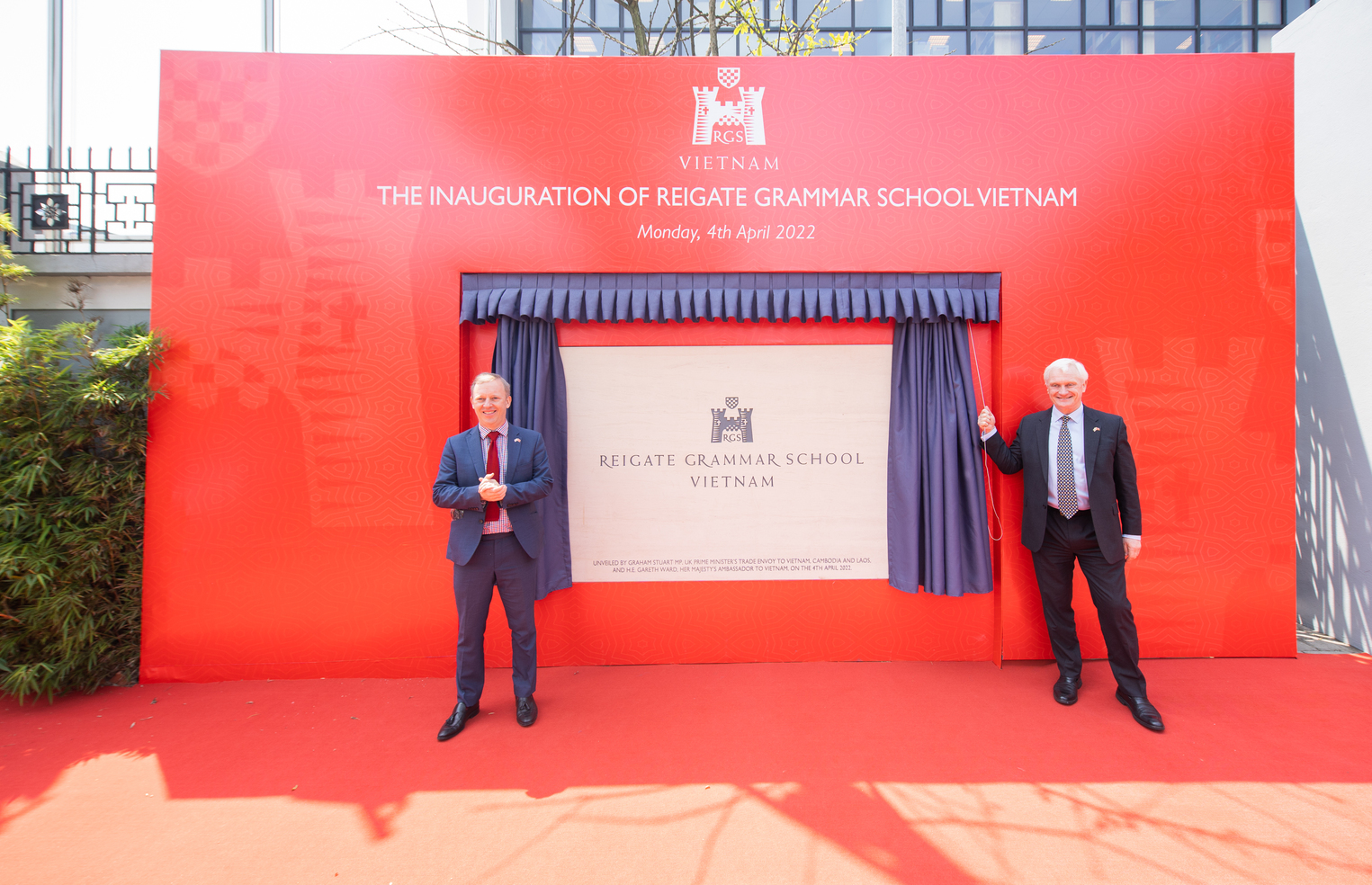 The official British delegation, led by Graham Stuart MP and H.E. Gareth Ward, toured the school and spoke with and answered questions from a group of RGSV students. Following this they met with staff, parents and members of the school’s Executive Board.

Graham Stuart MP also launched a number of new scholarship programmes. These exciting new opportunities, for students from across Hanoi, include Sixth Form Scholarships such as the Henry Smith Scholarship, the British Ambassador’s Scholarship, and the New Chu Van An A-Level Scholarship.

Named after the founder of Reigate Grammar School UK, the Henry Smith Scholarship will provide two of RGS Vietnam’s most academically able students with the opportunity to spend some time studying at RGS UK, where they will form long lasting connections and friendships with fellow Reigations. They will also visit and explore England’s major academic centres and top universities, such as Oxford and Cambridge and will benefit from additional mentoring, support and activities, whilst studying.

The British Ambassador’s Scholarship will be awarded to one, very able, Vietnamese Sixth Form student each year. The award is designed to enable Vietnamese children from disadvantaged backgrounds to access an outstanding international education and provide them with opportunities and life chances to go on to study at the best universities and, ultimately, make a significant contribution to the future of Vietnam. This prestigious scholarship will provide 100% fee remission for the duration of the student’s time at the school.

Another wonderful opportunity for students from across Hanoi are the school’s new Chu Văn An A-Level Scholarships. These unique scholarships will be open to students who have been studying for IGCSEs within a dual programme at Vietnamese Public Schools. The 70% fee reduction that accompanies this scholarship will provide Vietnamese students, from all backgrounds, the opportunity to access high quality A Level courses within the RGS Vietnam Sixth Form, guiding, supporting and enabling them to go on to attend the very best universities. 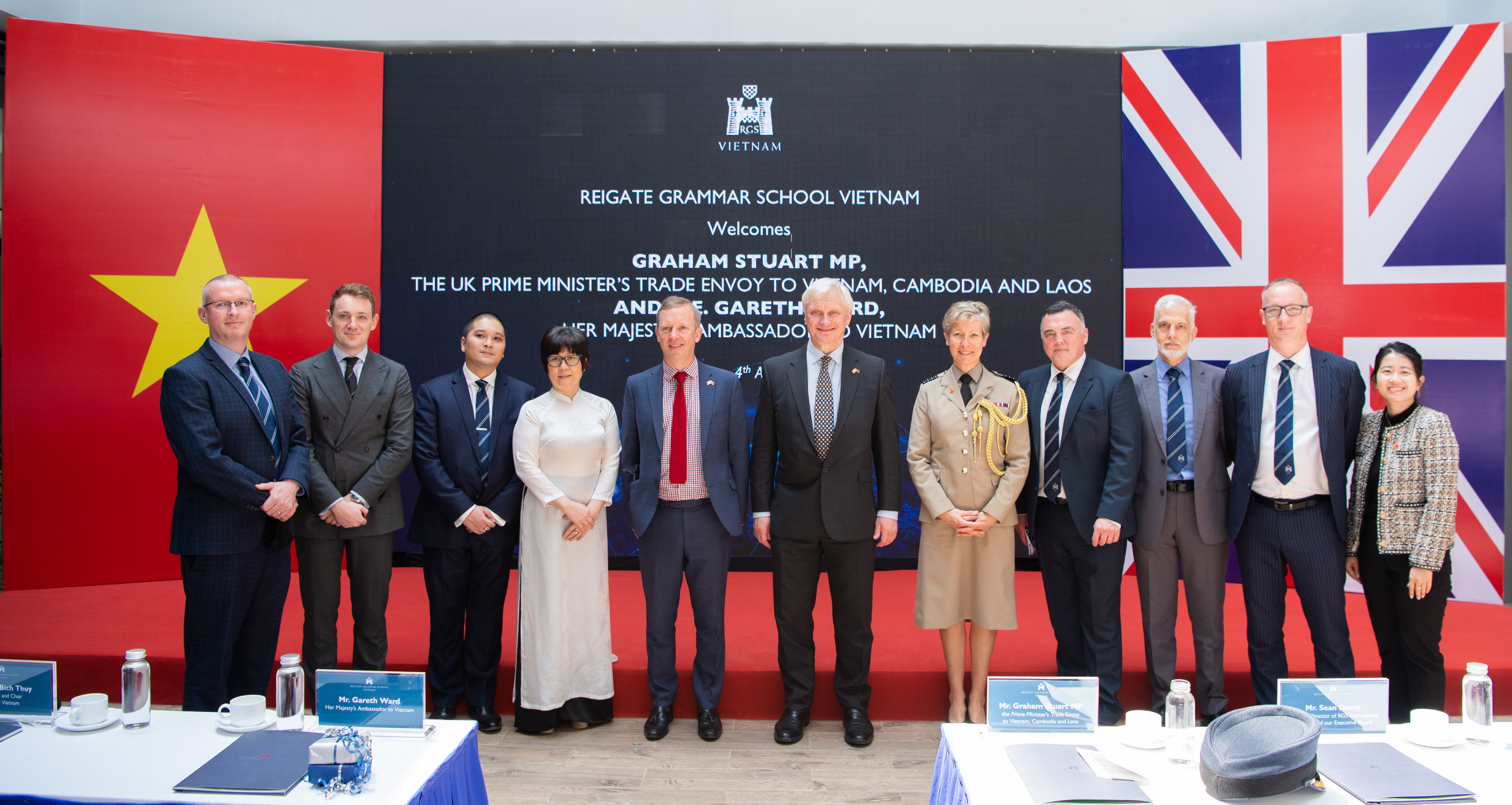 News video of the inauguration on VTV4: 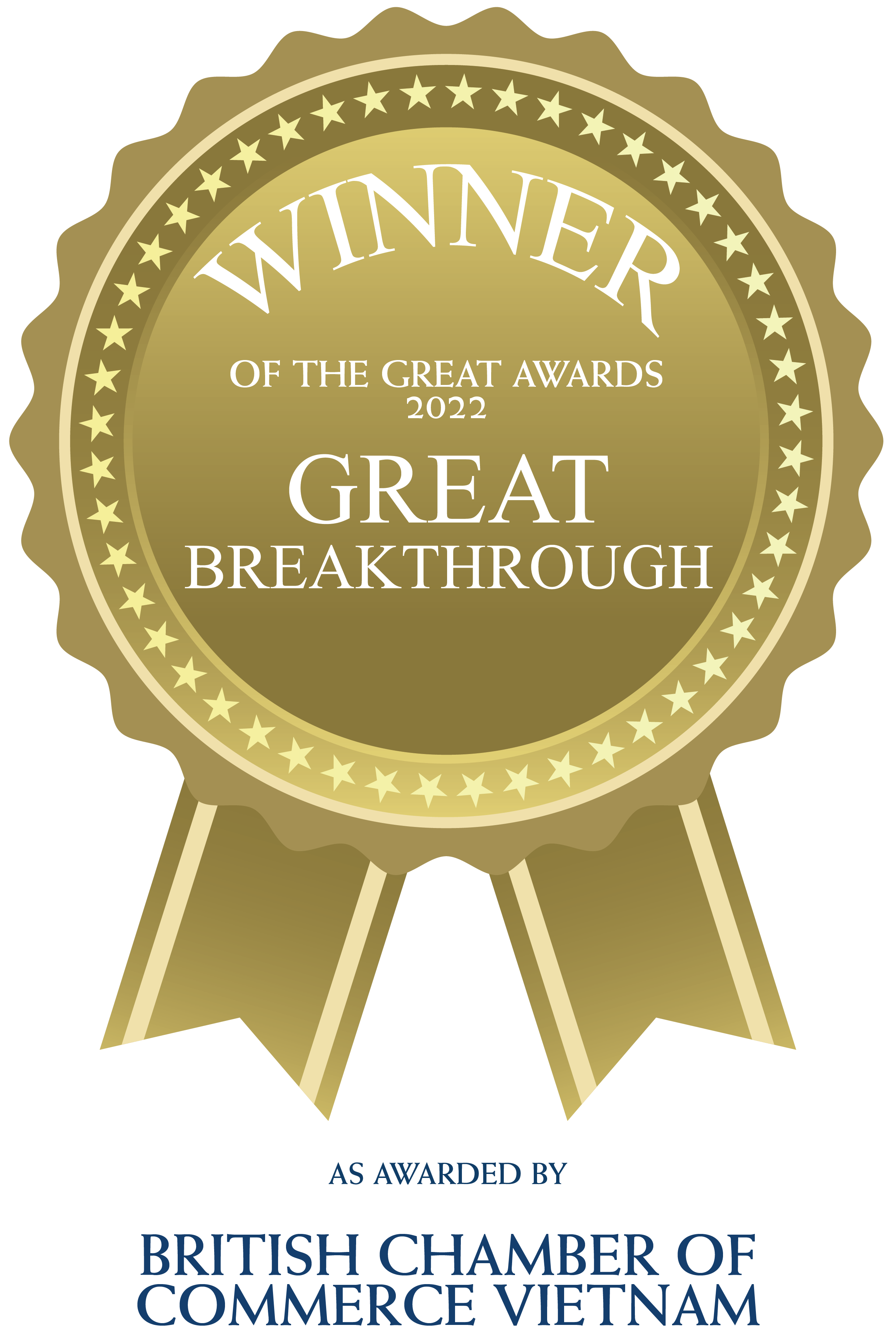